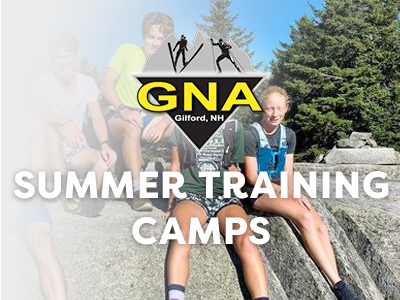 Looking for a Nordic training team and world-class coaching for the summer? Gunstock Nordic Association (GNA) in Gilford, NH is offering a summer training program with coach Nina Gavryluk for Junior, High School, and College athletes for the months of June, July, and August. … Read More 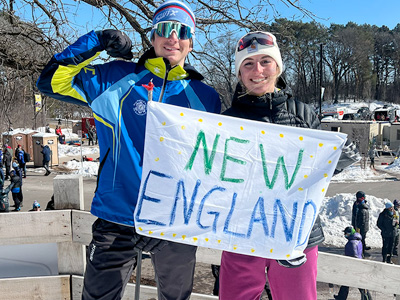 After a year’s hiatus due to COVID-19, the Junior Nationals returned to the ski calendar. Top ranked junior skiers from Maine to Alaska convened at the Theodore Wirth Park in Minneapolis, Minnesota for a week’s worth of racing. National titles, All-American honors, and the prestigious Alaska Cup were all at stake. … Read More 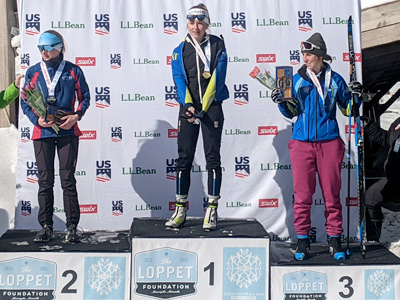 On day one of the US Ski & Snowboard Cross Country Junior National Championships. Catherine Stow started off fast and scored her first podium on the championships with a third-place finish in the U20 5km individual-start freestyle race. Tyler Watt, racing in the U16 group, had strong start to his week with a 15th-place finish in his 5km individual-start freestyle race. … Read More 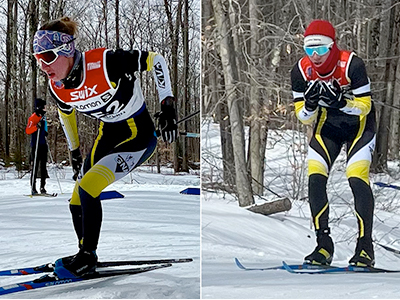 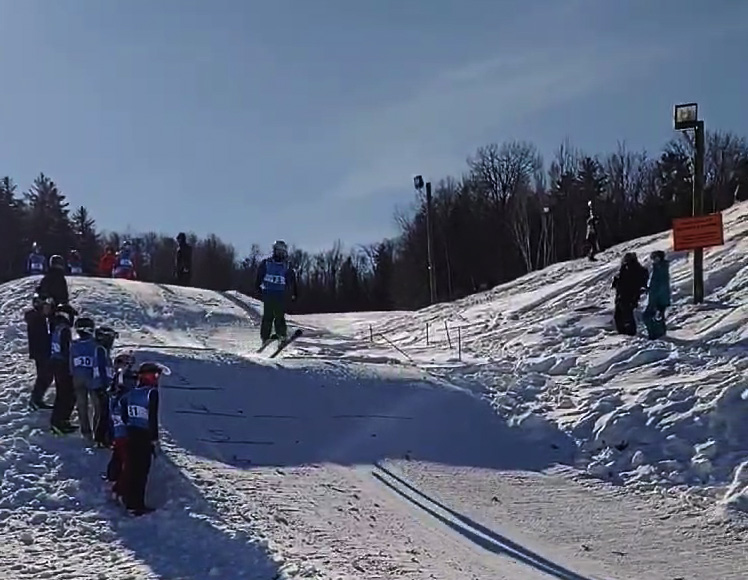 GNA would like to congratulate our junior ski jumper, Bennett McCulloch for his second-place finish during the January 30th All Hills Jump Competition put on by the Lebanon Outing Club at Storrs Hill. … Read More 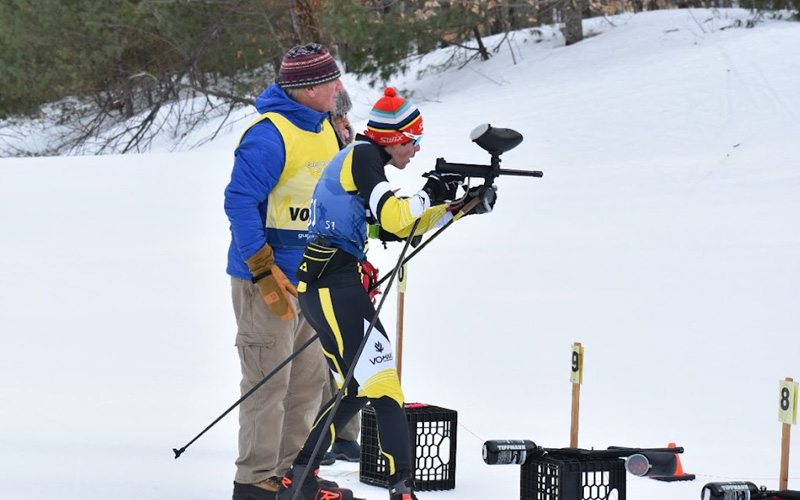 A big thanks to all racers! The results are posted. … Read More 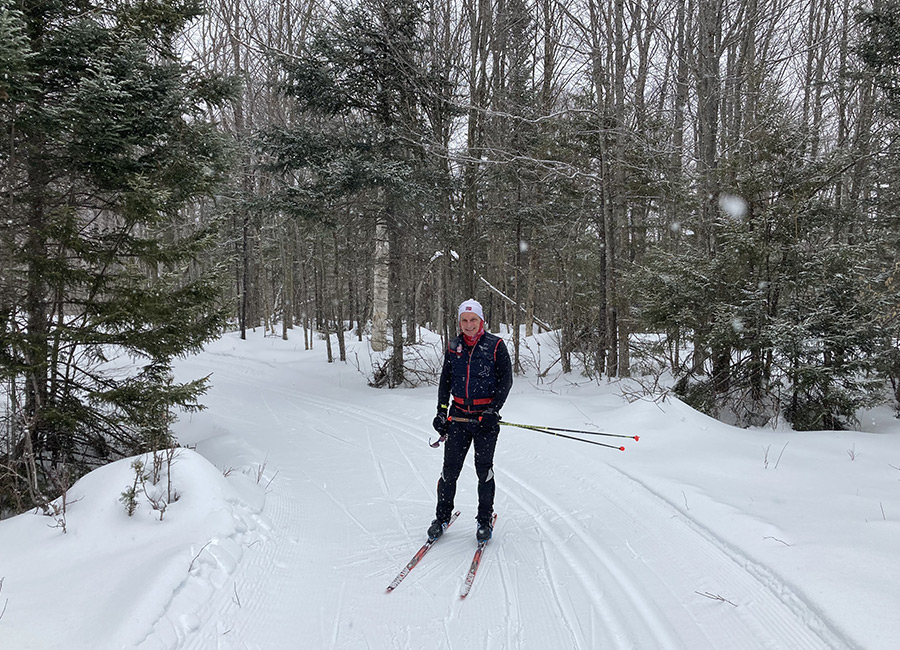 GNA masters make the most out of the 2020/2021 races and ski to top placings in Zak Cup events, highlighted by Ed Momm winning the M6 category! … Read More 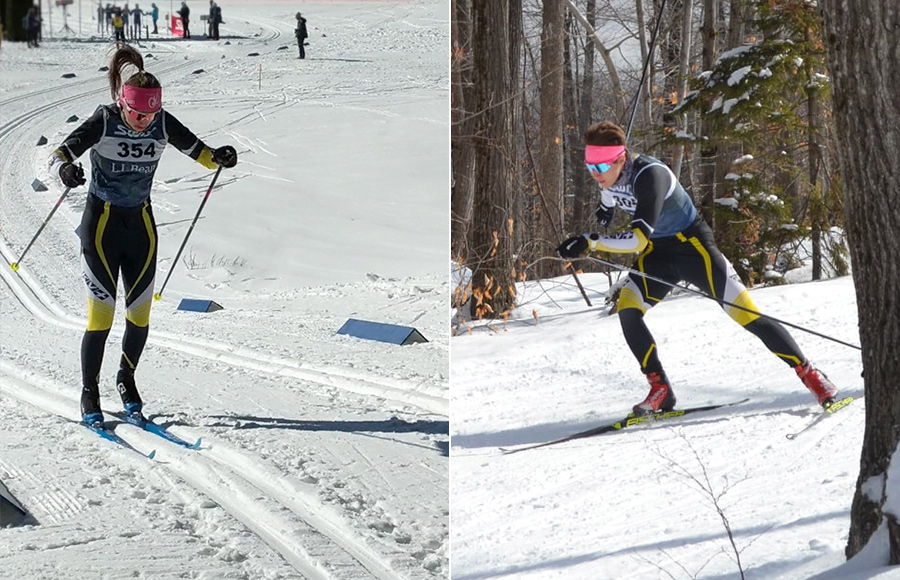 GNA Congratulates our 2019–2020 jumpers and makes the difficult decision to postpone the 2020-2021 jumping program to next season. … Read More

Thanks to all racers! The results are posted. … Read More 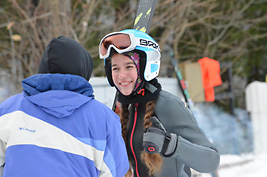 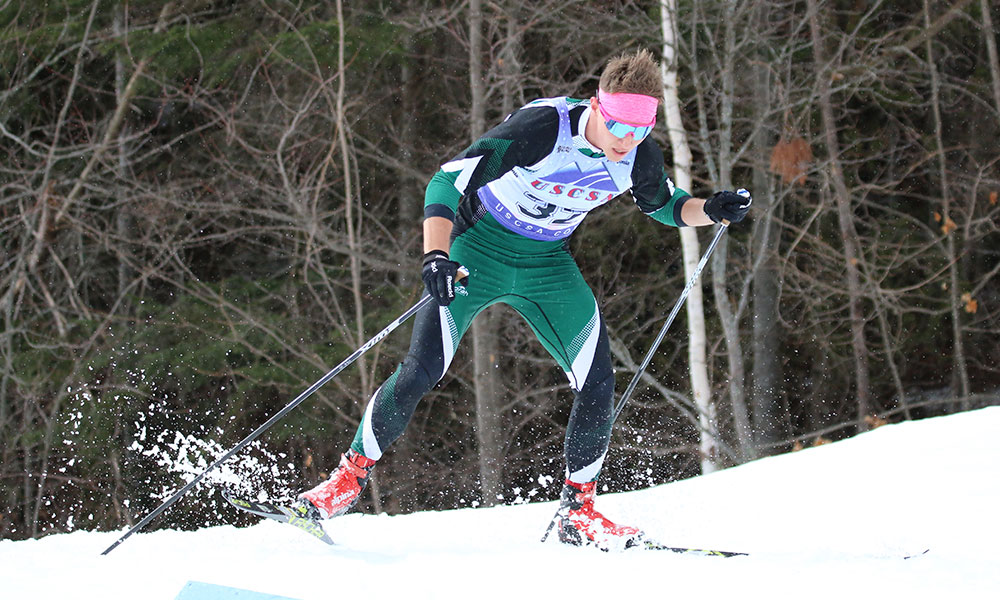 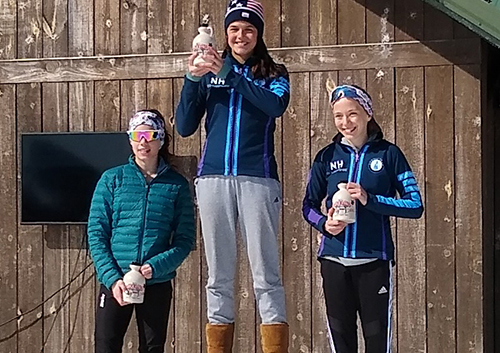 After a strong season of NENSA Eastern Cup racing and finishing as the 8th ranked NENSA U16 skier, Venessa Genakos saved her best racing for March. … Read More 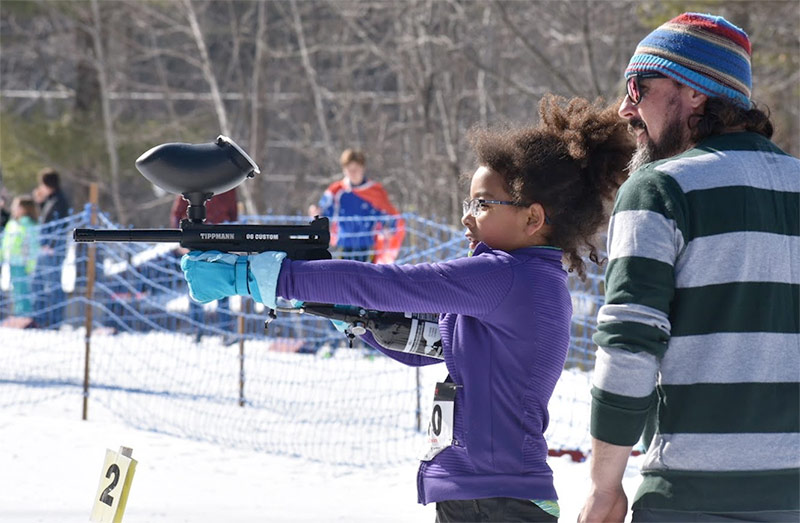 Under balmy temperatures, warming snow, and flawless track conditions—thanks to Gunstock Mountain Resort’s grooming—72 skiers of all ages gathered for one of GNA’s most loved events of the year, the Valentine’s Paintball Biathlon. … Read More

“She gave us basic form and instruction, while having our safety at the forefront of her mission. When we were ready to jump, we had the confidence and skill to drop in and lift off.” … Read More 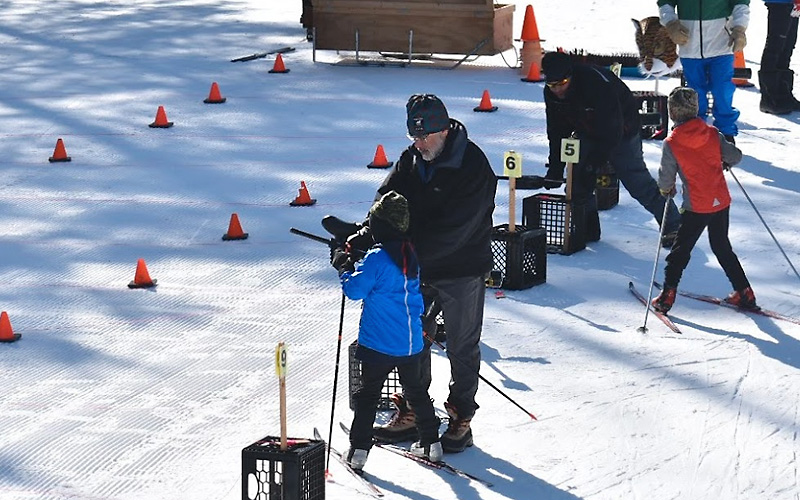 Under bluebird skies and near-flawless snow conditions thanks to Gunstock Mountain Resort’s snow farming and grooming, 99 skiers of all ages gathered for one of GNA’s most loved events of the year—the Valentine’s Paintball Biathlon. … Read More

GNA would like to congratulate John Henry Paluszek for qualifying for the 2018 the US Ski & Snowboard Cross Country Junior National Championships. … Read More 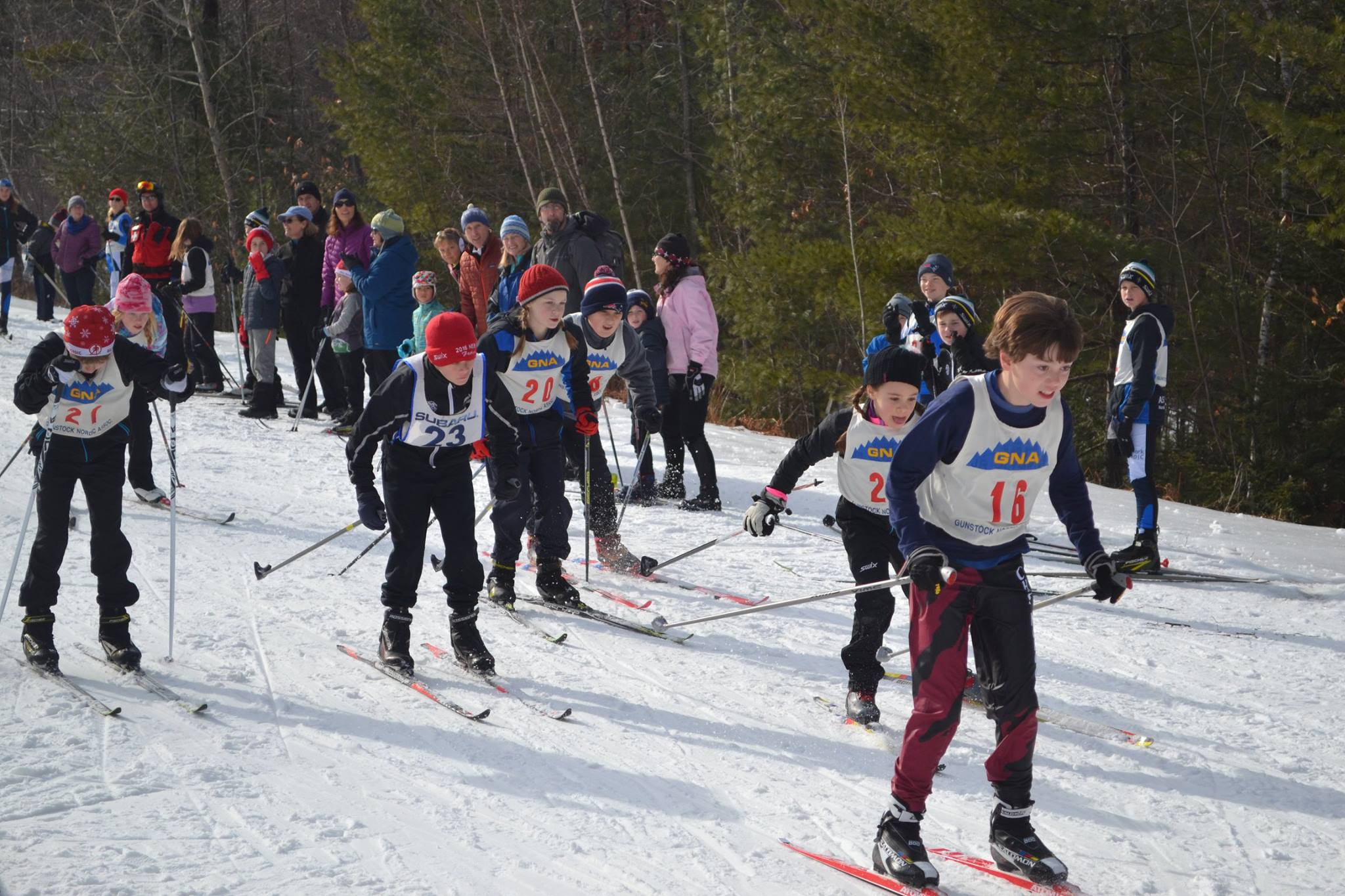 With the Winter Olympics right around the corner, 73 Nordic skiers of all ages took their shot, albeit at a local grass-roots level, at one of the premier events of the 2018 games—Biathlon. The ages of the biathletes ranged from NENSA Bill Koch League skiers (youngest at age 4) … Read More 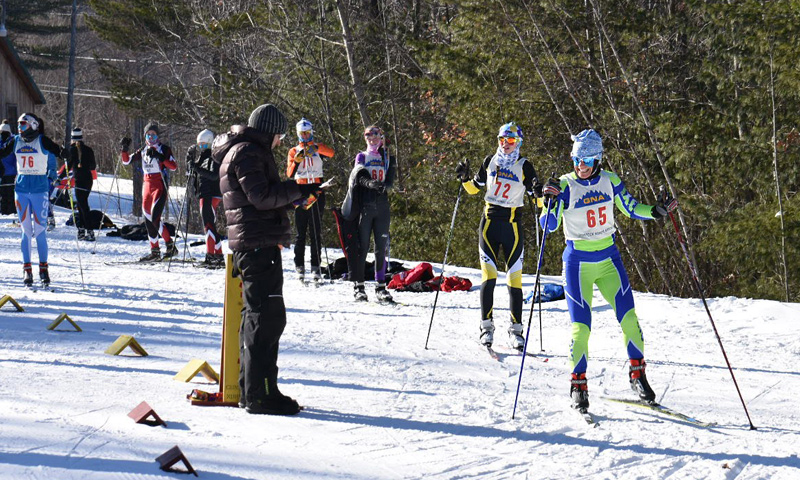 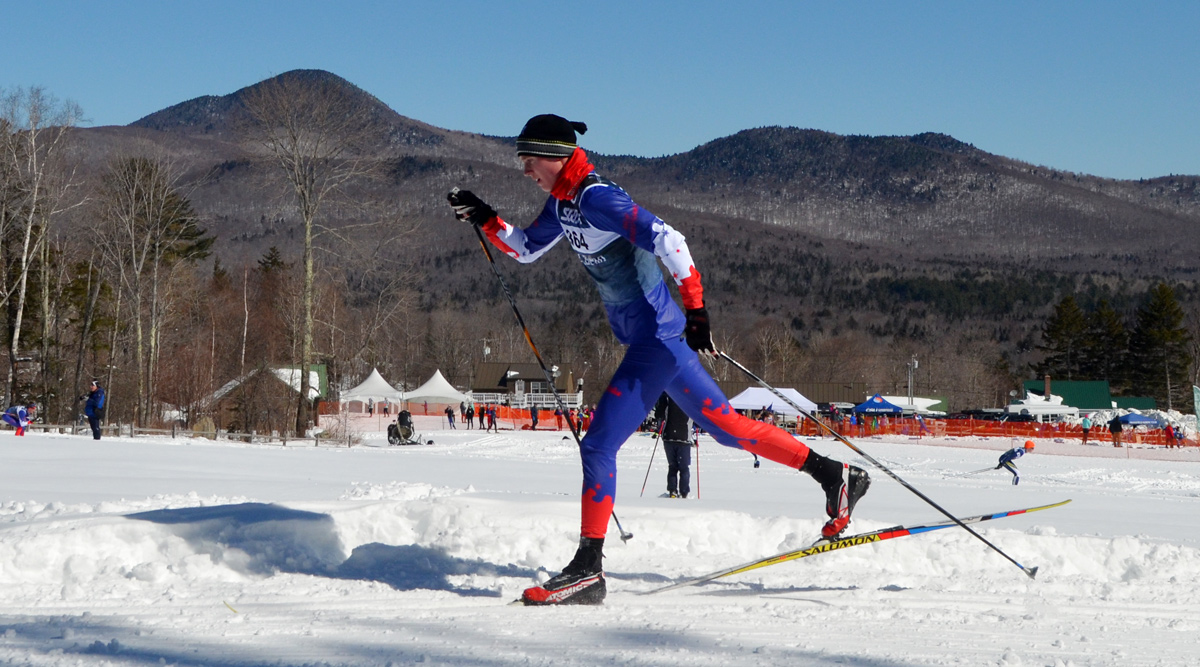 Arctic conditions coupled with strong winds didn’t slow down Cal Schrupp, who raced his best performance of the season and won the NENSA U16 Championships. … Read More

Mary and Josh are All Americans—congratulations! And the New England team takes home the prestigious Alaska Cup. The Alaska Cup cup is awarded to the region who acquires the most points from all 4 days of racing. Our New England skiers produced solid results in each race, helping New England score a total of 1352 points for the week, besting the Intermountain/Northern region by 298 points. … Read More 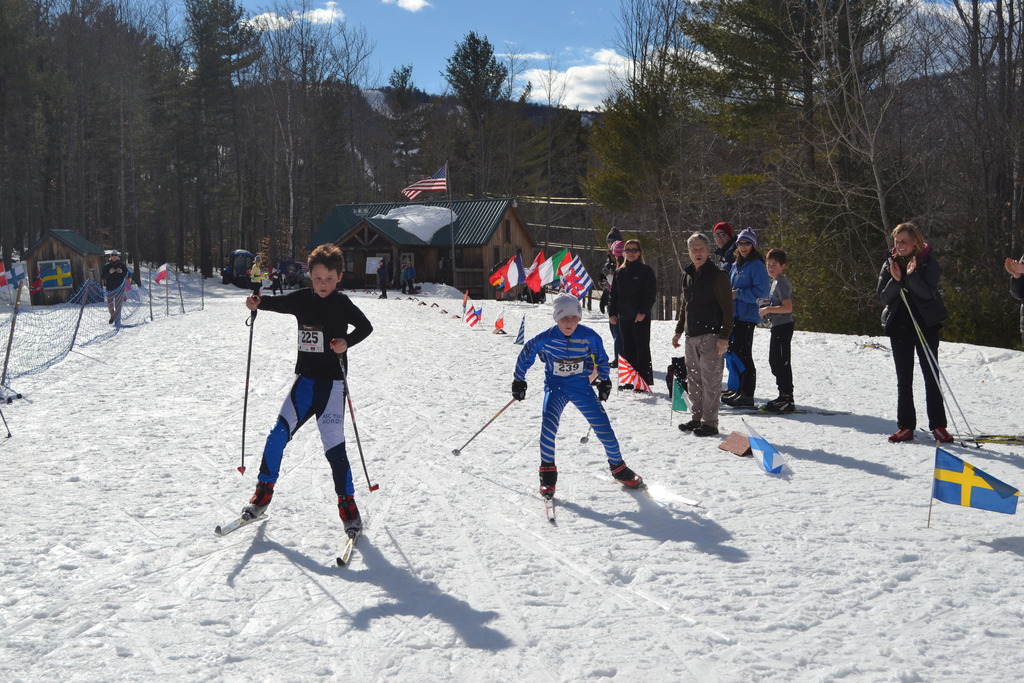 56 skiers and future biathletes from all over New England took part in the event. … Read More 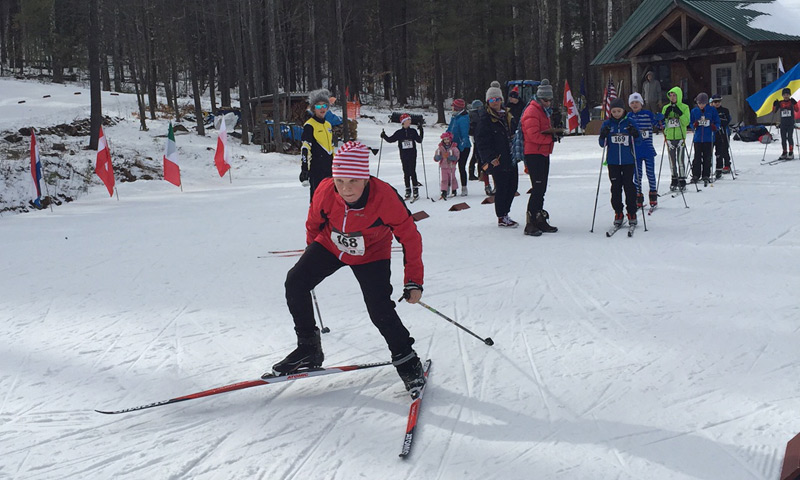 Race highlights, photos, and results are now posted. GNA would like to thank all who raced and volunteered. … Read More

This weekend’s races were held in perfect conditions at the Rikert Nordic Center in Ripton, Vermont. On Sunday Josh Valentine won his first NENSA Eastern Cup event with his best performance of the season. While Cal Schrupp takes third in Saturday’s U16 sprint. … Read More

Everyone at GNA wants to extend a huge thank you to the Daniell Family Foundation for their 2017 donation! Their generous donation of $5,000 will be essential in driving our ski development and racing programs. … Read More

Jim Arsenault from Up North Orienteers will be running a low-key orienteering race from the GNA clubhouse on Sunday, January 22 with starts from 9:00 am – noon. All are invited to come and give it a try. GNA members will will receive a $5 discount of the race fee. … Read More

Gilford, NH – January 7, 2017 – Gunstock Nordic Association – The NENSA Zak Cup race series kicked off on Saturday, January 7th with the Gunstock Freestyle Race. 104 racers showed up to the event, including several college teams which helped make it one of the fastest races this course has ever seen. The race start was cold at around 11°F with bomber hard-track conditions allowing for fast times and really fun skiing. … Read More

We are honored to announce that Gunstock Nordic has received a $5,000 anonymous donation in memory of Lisa Young, our friend and former GNA president. We are both moved and very thankful for this amazing and generous donation! … Read More

Gilford, NH – April 3, 2016 – Gunstock Nordic Association – GNA would like to congratulate the following recipients of our annual awards: … Read More 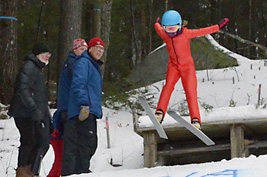 Ski jumping is alive and well in central New Hampshire! We kicked off the 2016 GNA youth ski jumping program last December with 2 new jumpers, Phoenix and Laslo Beaulieu, age 7 to 9. Both had never jumped before and they excelled very fast. … Read More

Warm spring-like temperatures and challenging snow conditions didn't slow down Josh Valentine, who raced his best performance of the season by winning the NENSA U16 Championships. Josh helped propel the New Hampshire team to its first team victory in several years! … Read More

Mary Kretchmer and Mark Young placed second in their respective 5 km Classic races. Also making the podium in the 5 km Classic with was Josh Valentine. In the afternoon 4.5 km Freestyle race, Mary continued with her solid skiing at set the standard amongst the strongest girl’s field of the season with a top time of 13:55.6. … Read More

In last weekend’s NH Meet of Champions everything came to plan for GNA skiers—who raced to their best results of the year against one of the strongest fields of New Hampshire high school aged skiers. … Read More

After a long season of training and preparation GNA skiers continue to notch strong performances. This time around it was with their younger middle school skiers who skied to a second-place finish in the 16th Annual Middle School State Championships. … Read More

We are honored to announce that Gunstock Nordic has received a $10,000 anonymous donation in memory of Lisa Young, our friend and president. … Read More

As the top American finisher, Jack earned his first USSA National title along with receiving All American honors. … Read More

Under near perfect conditions, 101 biathletes of all ages took part in one of GNA’s largest biathlons yet. … Read More

If you knew Igor, please join us on February 23, 2014 at the GNA Clubhouse for special a celebration in his memory. … Read More

Gunstock Nordic Association enters the new season both upholding many cherished traditions and evolving in many exciting ways. … Read More

Gilford, NH – March 24, 2013 – Gunstock Nordic Association – GNA would like to congratulate the following recipients of our annual awards: … Read More

Thanks to all for a great race! … Read More

The Valentines Paintball Race will be held at Gunstock on Sunday, March 3, 2013. … Read More

There will be a ski orienteering clinic and race following the morning biathlon race. … Read More

Thanks to all for a great race! … Read More

Gilford, NH – Feb. 22, 2012 – Gunstock Nordic Association – GNA would like to congratulate Jack and Tessa Schrupp for qualifying to represent the New England team at the Junior Nationals. … Read More

Despite the cold, windy conditions, 70 biathletes braved the elements and were rewarded with perfect snow, big smiles, and Kellerhaus chocolate. Gilford, NH – Feb. 12, 2012 – Gunstock Nordic Association – As the wind whipped out of the northwest and temperatures hovered in the single digits, GNA warmed each Tippmann paintball gun while participants layered for the elements. … Read More