Dublin, NH – February 20, 2022 – Gunstock Nordic Association – GNA would like to congratulate Catherine Stow and Tyler Watt for qualifying for the 2022 the US Ski & Snowboard Cross Country Junior National Championships to be held at Theodore Wirth Park in Minneapolis, MN. Qualification requires a dedicated season of racing coupled with consistent placings in NENSA’s Eastern Cup race series. Skiers are ranked by their top four results for the 2022 season. Stow’s and Watt’s consistent skiing throughout the series qualified them to represent the New England team in the U20 and U16 age categories. 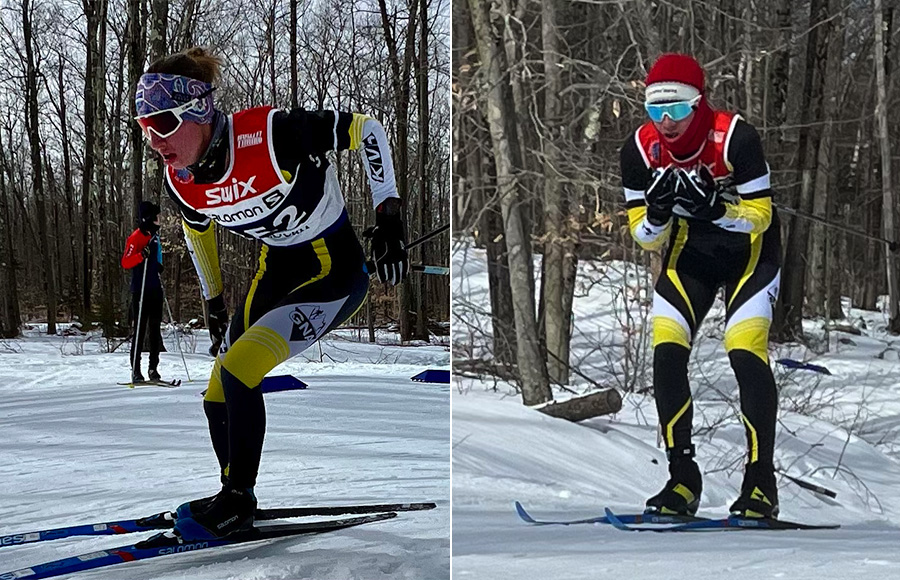 Catherine Stow skiing to second place in the Dublin sprint finals and Tyler Watt during his 4th-place ski at the Dublin U16 5k.

Both skiers were nominated to the team following their strong results at the Dublin Double Eastern Cup weekend (February 19 and 20). Stow and Watt had their best races of the season, highlighted by Stow taking second overall in Saturday’s women’s sprint race (1st U20). Watt also had a strong showing in Saturday’s sprints where he placed second among the U16 skiers. In Sunday’s race, Watt continued his excellent form and took fourth in the U16 5k individual start classic race.

Stay tuned for a full recap of GNA’s success at the Dublin Double Eastern Cup.